The book which was born indoors.

As pure coincidence, at a moment when access to public space is again undergoing major restrictions, Aréa presents "Dehors" [Outdoor]. This book details, in pictures and in texts, the first month after the first TOULOUSE lockdown. 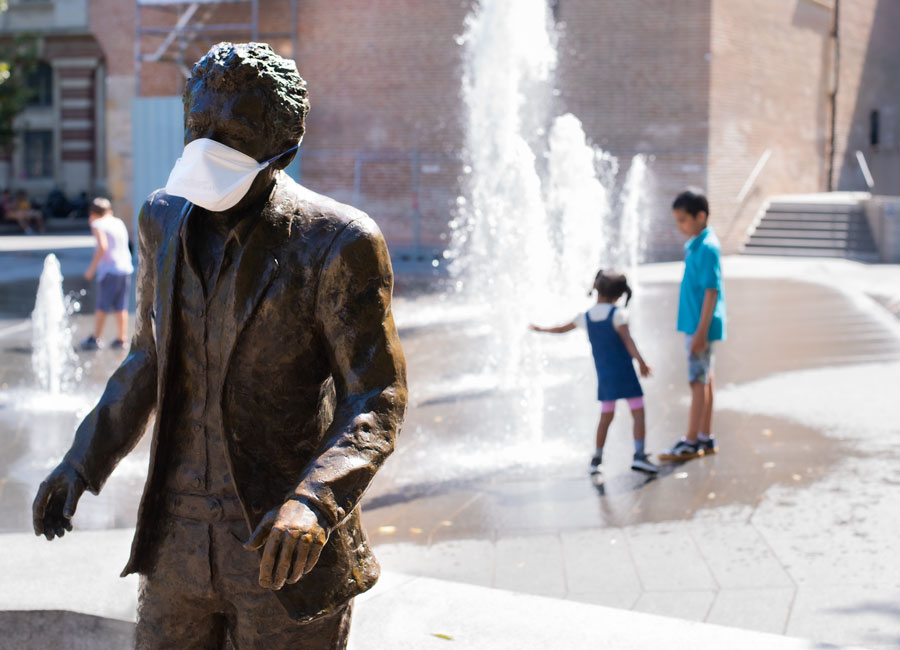 Bronze.
Despite the temperature that freaks the thermometer, Claude Nougaro [well known French song writer, born in Toulouse] was not just wearing his suit but also a mask. As a quote to both Woody Allen and Franz Kafka says, "Eternity, is a long time. Especially towards the end”.

On March 17, 2020, health measures taken in France, as in other countries of the world, have emptied the public space of its users. A gigantic urban foreshore suddenly appeared when life receded from public space like the sea of the beach. If nobody knew when the flow would return, everyone was waiting for it and tried to pick up the warning noises (murmur, lapping, runoff, wave...)

A new sense of freedom, the need to enjoy, to rediscover a social life, to reconnect with one's habits, to turn your back on gravity for allowing yourself lightness, carelessness, joy, hope...: it is the way in which life and envy have “(re)irrigated” the city , and shown in this book. It illustrates the universal relationship that humans have to his freedom for move, for exchange and for share.

This regain of urban space was not done on a linear time: there were high times, and weak times.   Written between May 11 and June 11, this book shows the first month of what Claude Nougaro would surely have called "the Toulouse rebirth". [Ô Toulouse, famous song written by C. Nougaro]. 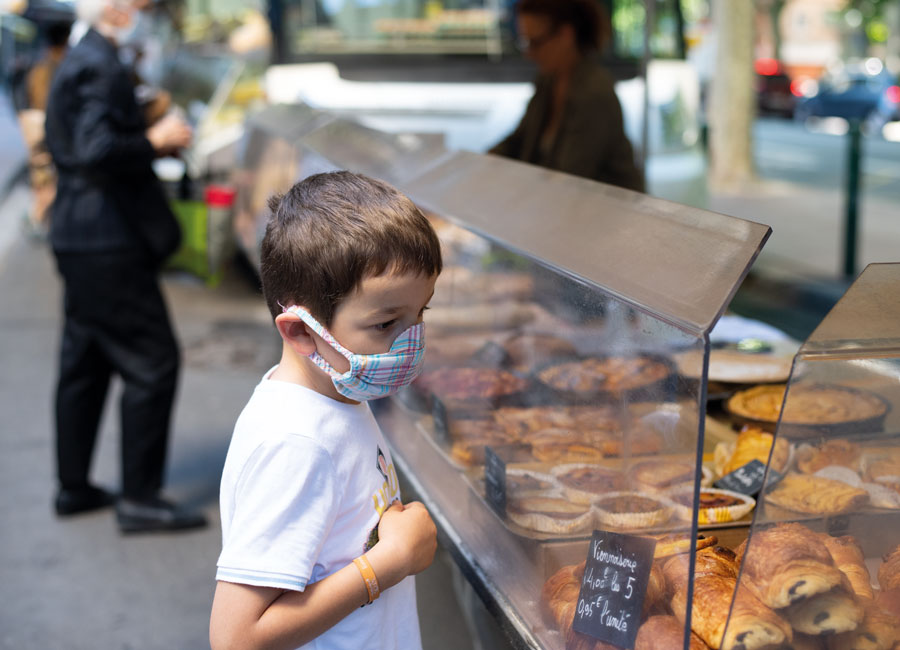 The chocolatine effect.
[Well known tasty pastry named chocolatine in Toulouse - area]
Fixed gaze and a forearm ready to rush forward. It looks like two taste buds of a gourmand with an unmasked mask. The people of Toulouse doubt that the effect is the same with a “pain au chocolat” [that’s how the chocolate bread is called for the rest of France]. It is true that the people of Toulouse even doubt the very existence of the “pain au chocolat”. 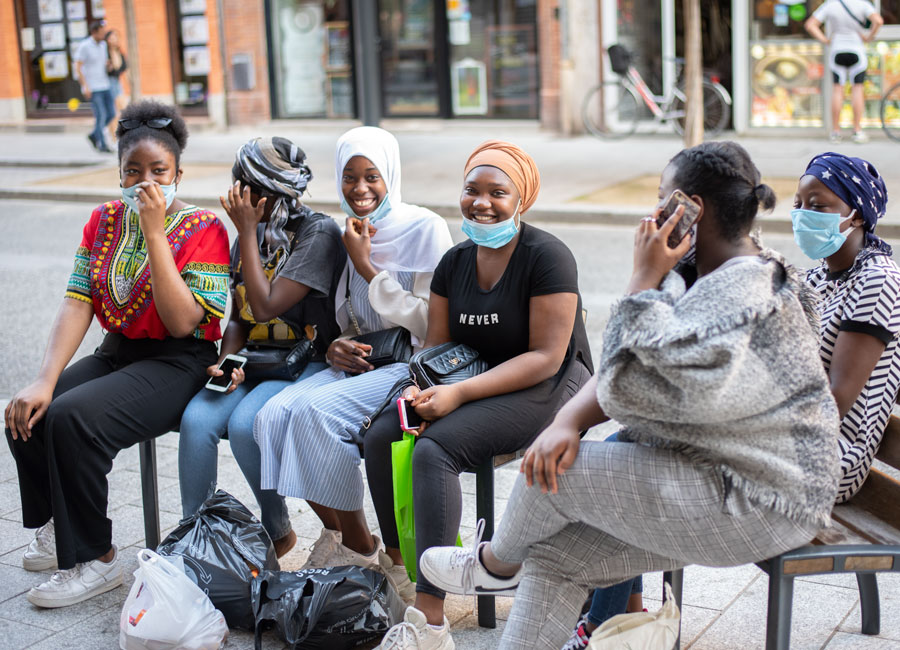 The mask is making its carnival.
Those, who are fragile on their throat, wear it in a cover-nose way; those dissatisfied with the chin use these “few square centimeters of blue” to conceal it; the distracted forget it and wear it without realizing it; anxious people control its presence every 11 seconds; the "confused" imagine it on their nose while it is next to the key box in the entrance hall ... If the mask hides the face, it mostly unmasks the personality. Between legalists and those who ignore the law, observing the countless personal interpretations of how to wear a mask is an endless spectacle. 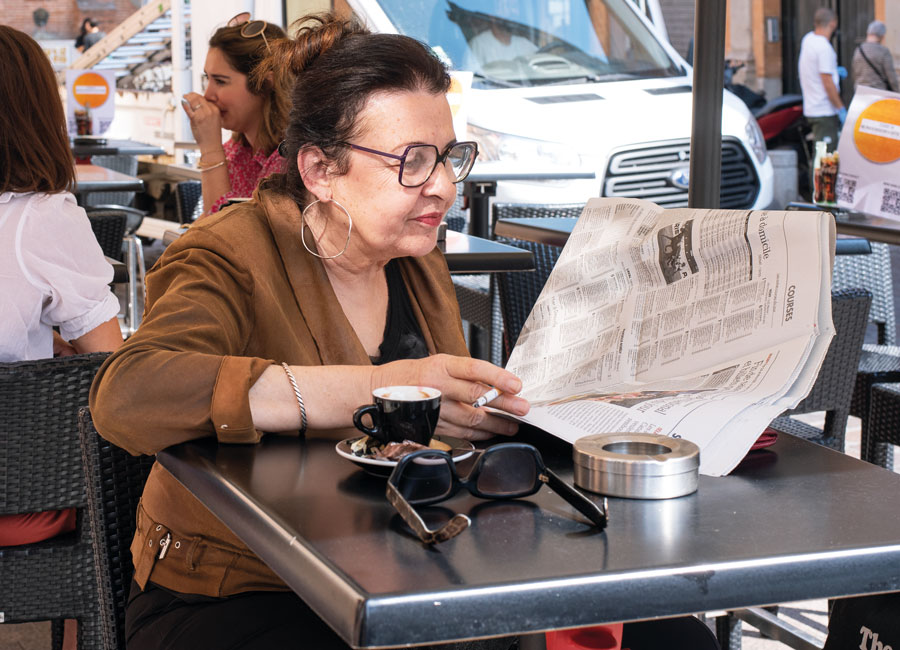 Ritual.
The lockdown was gradually met under a uniform and undifferentiated time laps. A lyophilized time, as rich in taste and flavor as grains flowing through an hour glass. With the end of the lockdown came back the small ceremonials that make existence sparkle. Fine bubbles of freedom and intimacy that oxygenate life and stimulate a city. 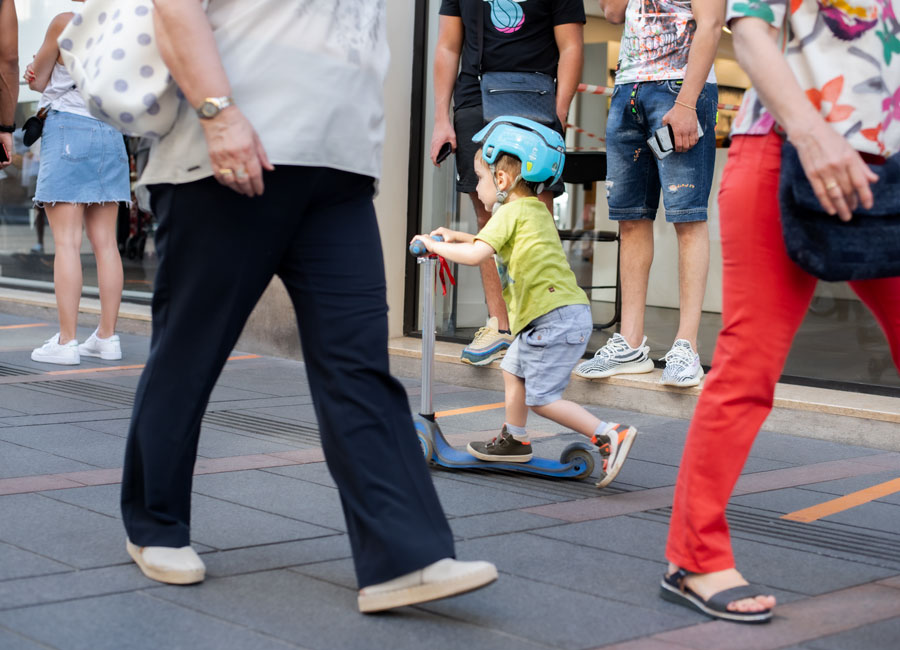 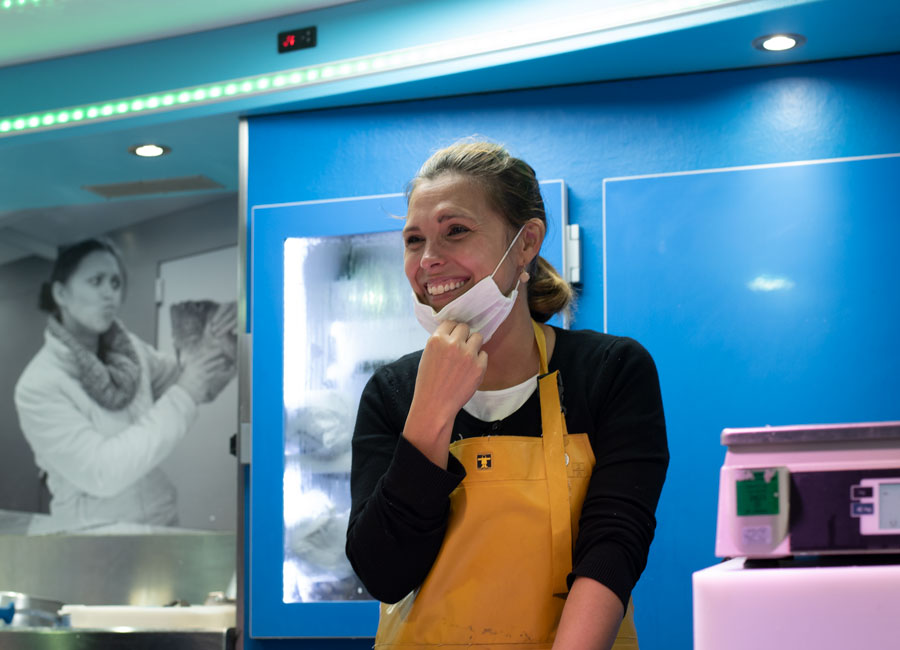 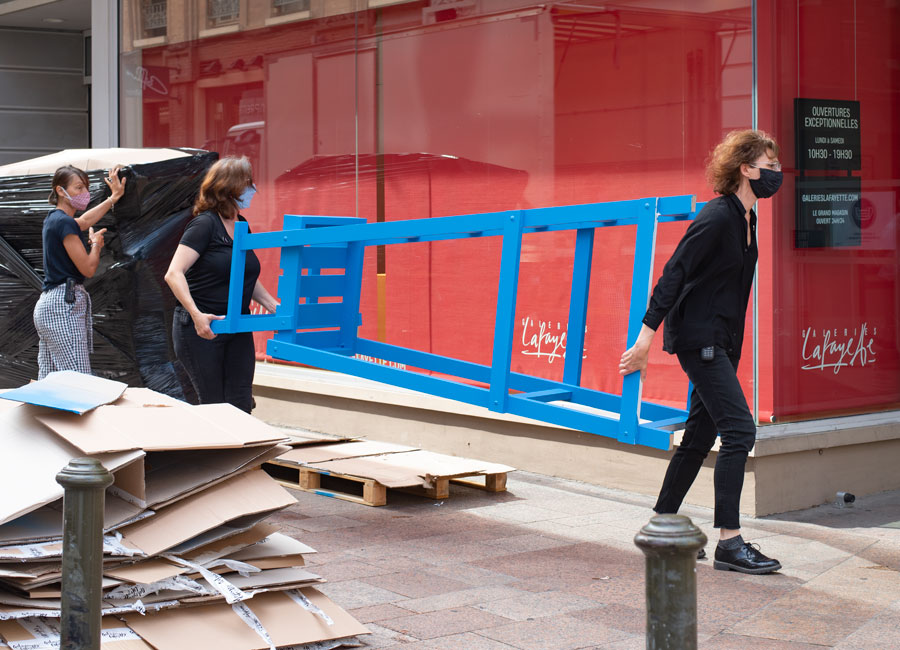 "Photography cannot change the world, but it can show the world, especially when the world is changing." Marc Riboud, photographer.

BEYOND OUR PASSION FOR THE CITY

This book embodies our taste for all forms of creative and artistic collaborations around the subject of public space.

The inherent idea was to show the city as we wish it, as we love it, and as we have been working, for more than 35 years, to reveal it: joyful, positive, caring and soothing.

Entrusted to Jean Belondrade for the photographs and Yann-Yves Corlouër for the text, this book – like testimony shows how public space is the incomparable revelation of our attachment to the freedom to move, to meet each other and to share...

Further, this book also illustrates Aréa's intention for collaborations with designers, visual artists, photographers and graffiti artists in order to exchange and enrich our visions concerning the public space. This idea was started by Michel Boudou only a few years after the creation of the company, and this new opus of Area is therefore in good company, under the given context charged with a particular emotion. 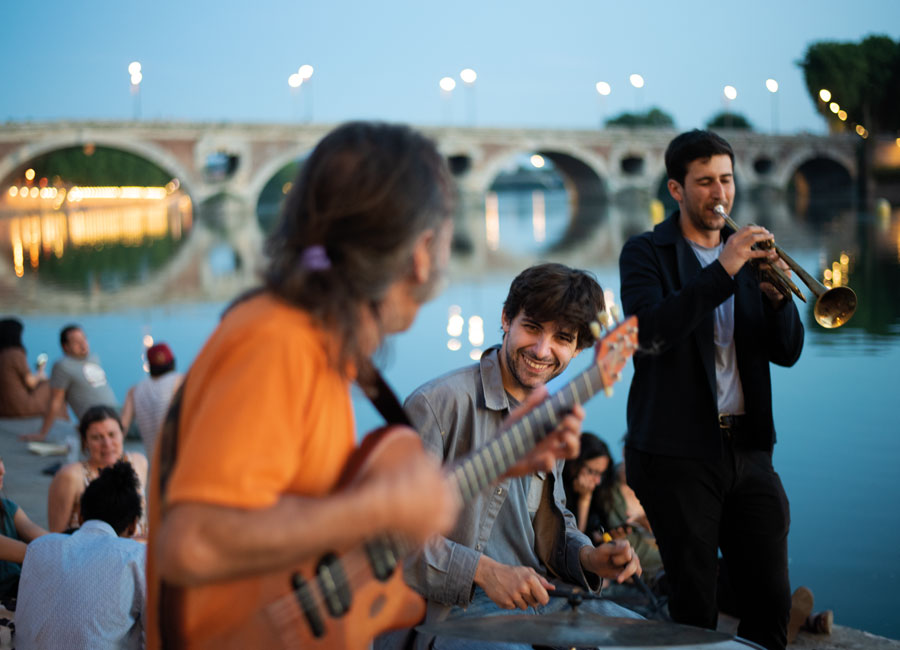 "We hope, however, that 'Dehors' will help to project images of cheerfulness, happiness and optimism onto streets, squares, forecourts and alleys, which are, right now, again empty. [France went into a second lockdown by end of October].  Allowing us to share our conception of public space in the service of living together that will help us, collectively and individually, to build the future very soon”.